Backing the boys in Perth. Doubt I will manage to stay awake until 2.30am (scheduled start GMT); clubbing days are over. Could be a niche market there though. Hey – get me Pallumbo on the phone…

I want to wake up with a smile because the Cricket team are showing some grit. To tomorrow morning. Cheers. Make it Romantic. 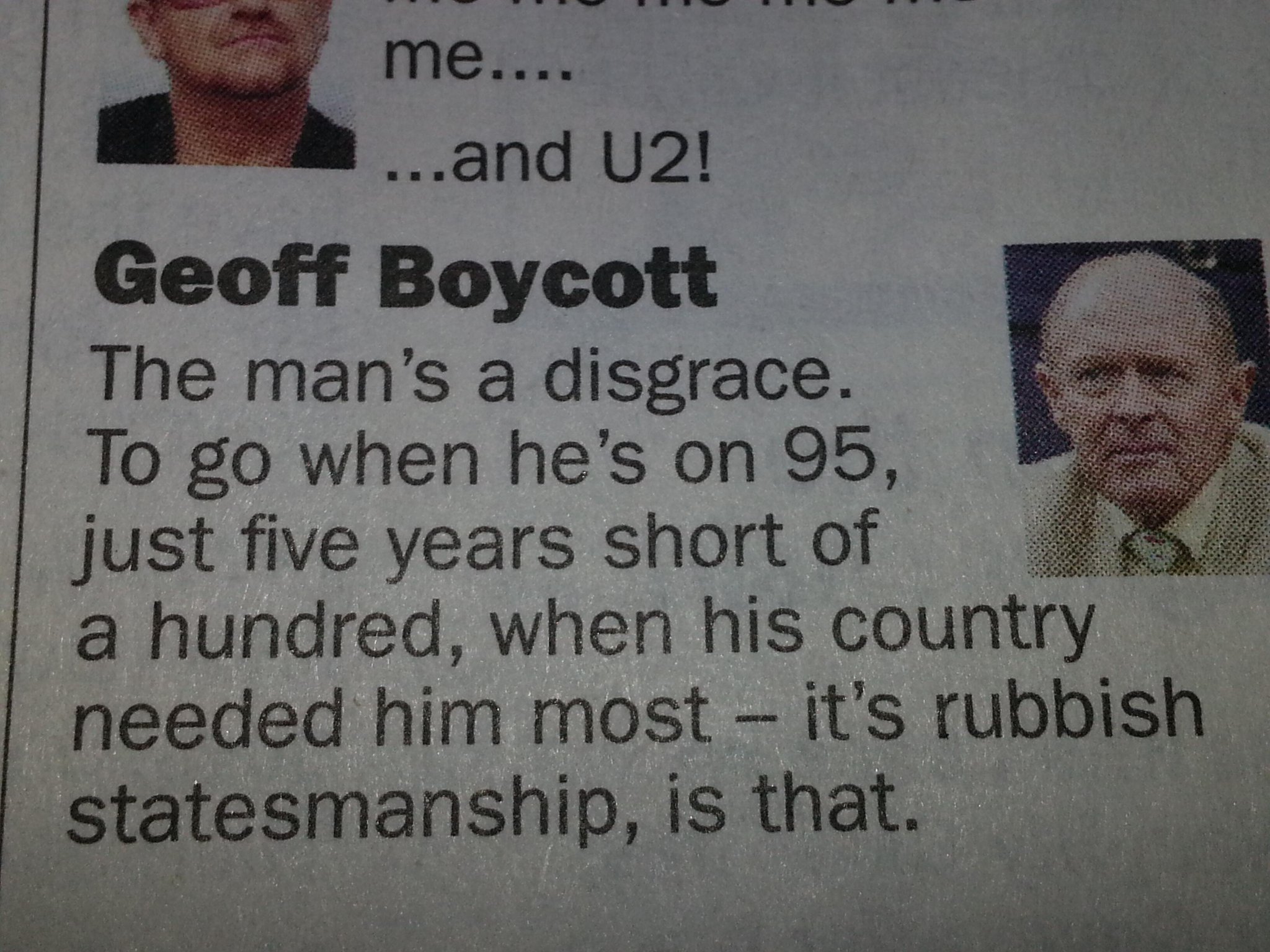 Let’s work on that first column.

I think there is Fanny Adams chance of drawing this match. It would be wonderful to still have Prior and Broad there at lunchtime, and if this happens, we will have hope back home. Thankfully Root and Pietersen posted some decent scores and we’ve exceeded 200 for the first time this tour. Sounds pathetic, and in many ways it is, but Rome wasn’t built in Adelaide.

So, good luck Lads, we are all backing you to tear them apart, knacker and frustrate them for the WACA.

The times they are a-changin’.

172 All out. Exclamation marks. No smiley face emoticon.

Just turned on the Radio to flick over to BBC Radio 6. I think it is more my natural habitat at the moment. Mary Ann Hobbs soothe my pain. And where is your namesake when we need him! But moving on from Radio 5 Sports Extra (where the dial was set) just caught Boycott’s soundbite for the day, ‘…You can kiss ’em goodbye.. that’s as stupid a shot as you will ever see’.

Boycs actually advised listeners to switch off and go to bed last night. Simon Mann winced and Vaughan sensibly acknowledged that they’d all be out of a job if we followed his advice. But Boycott could retire tomorrow. The rest of us still need to earn a crust. Sadly he offered this advice even before things got really bad.

When Carberry was out just before lunch I lost the energy and did indeed switch off the radio and hit the land of nod. Waking up just now at the end of the day’s play, I was saddened. I retweeted a few of Vaughan’s comments last  night, we needed to dig in, and we didn’t. It was infact a shambles.

Bell was undefeated on 72 not out, and for everyone’s money needs to be at number three. I think it is fair to say most of the England batsmen got themselves out. Mitch’s bowling has had an extra few mph and he has started bowling straighter, but really? –  Is he so much to deal with? I’m not thinking Curtley Ambrose when I see him bowl. Still, he has our lads in disarray, and although we haven’t lost this test yet, it doesn’t look likely that we will be able to save it.

Flemming gave England the benefit of the doubt last night, but it’s difficult to see a way back from here. Bradman once brought his team back from 2-0 down to win 3-2 against Gubby Allen, but Bradman was a very special talented player.

The memories of the Ashes Summer in Blighty are fading fast. Infact they’ve gone. Pick yourself up England, if you are going to go down, go down fighting.

Hanging on for Grim Death were Agnew’s words just a few minutes ago on TMS. What has happened? There is no use dwelling on the negatives. We all know dropped catches can be costly. I would say that they are not always THAT costly, maybe the equivalent of your MOT going up by 20%, rather than being gazumped by a Gazprom gazillionaire by 1000%. But you can either pick yourself up, dust yourself off, and come back twice as hard or flail.

We are teetering on the brink of a meltdown. England quite simply have to bat all day tomorrow, and then until after lunch the following day at the very very least. Otherwise, we are staring down the barrel of the Aussies taking back the Urn in Perth in Alistair Cook’s 100th Test. This is not going to happen. I will say it again : This is NOT going to happen.

Luck plays a big role, and we had a lot of it in the last two balls of the ball. Root lucky not to run up Carbs, and Carbs lucky not to be DRSed. “Engage the brain”, as I was repeatedly told by my elders and betters when I was growing up. Just because I didn’t, doesn’t mean our Cricket XI shouldn’t! That is what our team needs to do for the rest of this Adelaide test. Concentrate. Bloody well concentrate. End of.

273-5. England would have taken that at the start. I love that expression, it’s like someone coming up to you on your death bed, and saying :

Would you have taken that at the start? You bet. But, what no mention of the Aston? Ps Are the kids on crack? Oh, and is the wife.. you get the idea.

I think it is good that England have come off feeling as if perhaps it just could have been a little better. Had Carberry taken the catch to dismiss Haddin, it would, as Geoffrey told us “….have been the icing on the cake”. We will  have the fire in our belly tomorrow now. Greed, as Boris says is good.

Vaughan seemed impressed with Cook’s captaincy today. Rallying the troops at 132-1. Well, we got amongst ’em, but boy do we need two good days on the trot. I tuned out of the bedside radio when the Aussies reached a ton with a six, for the loss of just one wicket. Or was that a nightmare?

Flicked it back on, to hear we were ‘up and at ’em’ at 220 odd for 4. Well the last hour of play provided a good catch by Swanny which was handy. At one point, Aggers and Boycs went off on a tangent about Katy Perry (not for the first time). You know when the game is starting to drift, it has a direct correlation with Boycs bringing up his ‘crush’. Still having crushes in your seventies – you’d take that at the start.

Listen to my debut on TMS – I stayed up all night and in the end they couldn’t refuse my talents. My contract states off peak broadcasting but that will change…