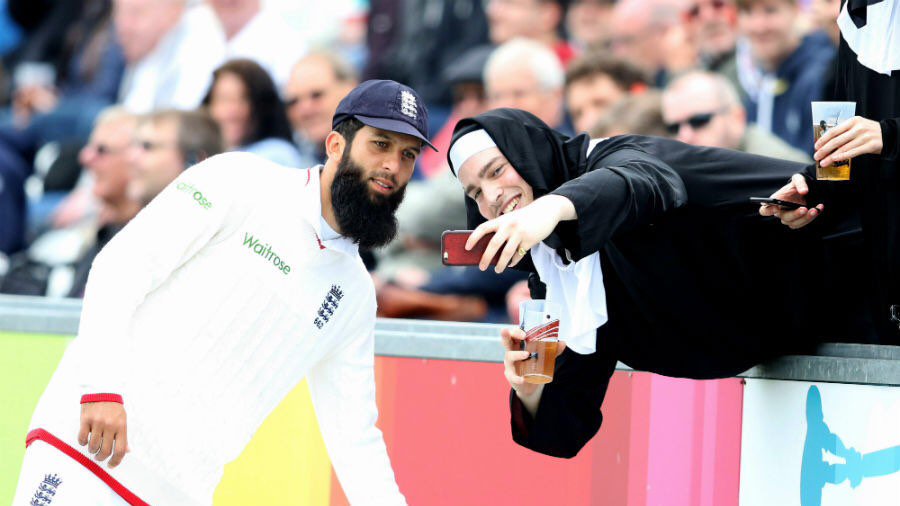 Talk about blink and you miss it. Could not get wifi for some 30 hours, and what do you know – Sri Lanka dismissed for 91, and then lose lose by an innings and 88 runs. Sounds as if Anderson and Bairstow practically won it alone. Look forward to the next one. Lankans just not used to the grey and the green!

On a totally separate note, how on earth can a Test win be worth only double that of a flash in the pan T20. No joined up thinking there. What’s the point of this points system?

Followed the likes of Selvey, Bumble and Aggers and co on Twitter as they woke up under grey Leeds skies to report on the Tests. Sorry that Cook couldn’t put on another 20 to hit 10,000. What an achievement that will be when it happens, possibly in the next innings.

Watched the second session with M.O’Donnell of Melbourne (not related to Simon of late 80s Ashes fame  – I’ve asked him). He brought the team luck as Bairstow and Hales rode the storm. Looking forward to clocking in later and watching our boys try and post something decent.

Cricket was apparently ruined for Martin O’Donnell when he learnt as a schoolboy that whilst a fielder may take a catch, it is the bowler who really receives the credit. On which note, the Sri Lankans held their chances yesterday, catches win matches,