What a ‘feel good’ match to start off the tournament. Google is obviously far too clever for me and understands where I am living so I needn’t have converted the time difference. Mattered not. I only missed Bairstow’s Golden, and Root and Roy rebuilding to each post 50s.

That seemed to be the common thread among the top order, 50 and out.

Stokes’ 89 was an excellent innings. He deserved the MOTM with a couple of wickets to finish off the South African team and a catch which was utterly phenomenal.

Jofra Archer has a beautiful action and looks so natural. It is going to be a great World Cup. The IPL is such a fantastic tournament. I recommend every cricket fan travel out to India and experience it. I pored over the schedule for a few weeks in February and when it was confirmed that elections would not mean certain Mumbai matches would be played in U.A.E, I booked my flights.

Of the two matches we saw, Mumbai won one, and lost one. We saw a great 89 from Joss Buttler in fetching Pink playing for the Rajasthan Royals, and a few days later AB de Villiers for Royal Challengers Bangalore scoring 75.

The atmosphere in the ground is electric. ‘Mumbai Mumbai’. ‘Boom Boom Bumrah’. The tournament is heading towards its climax now, and the nation is gripped.

But more than just watching cricket, I got to play a match for the Malabar Pirates on the famous Maidan, nine slightly overlapping pitches long down in the southern part of the city near the Gateway. Harry, our Skipper, let me turn my arm for a few overs, and I really enjoyed hitting a few boundaries at the end of our innings. We were more than a few dozen short of their total, but it was fantastic to meet the players and share a beer afterwards.

The cricket buzz in the city during the IPL is wonderful. Every bar is showing a match, everyone is talking about it, everyone is playing in the streets.

Just when you might have thought I’d had enough cricket, along comes a half hour conversation by a poolside with none other than England Coach, Paul Collingwood. It was his day off, and I didn’t really want to be a pest but I just had to fire a few questions his way.

His favourite place to tour? Australia. But only when you’re winning, otherwise it is the worst! Caribbean is always nice, and Cape Town special too.

Thoughts on Ireland and Afghanistan? Afghanistan will rise no doubt. Massive talent there.

Will International cricket be played any time soon in Pakistan? The security cost £2.5m for about 10 days recently when he went there with a World XI, so it’s hard to see.

Excited about the upcoming World Cup? Er yes. Jofra Archer one to watch and although the squad needs to be announced now, changes can still be made further down the line.

The Magic of Mumbai! What a special experience. 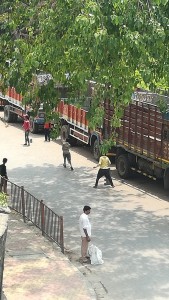 Chunabatti. Kids playing alongside parked trucks. Any strip of land will do. 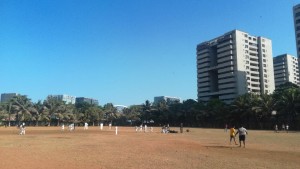 From dusk till dawn. Cricket.

Me at the famous Maidan. 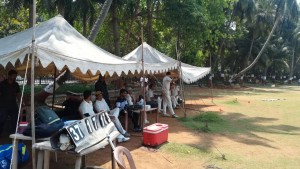 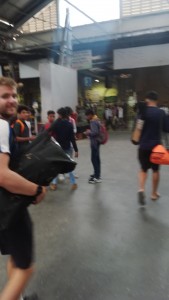 Never far from someone off to play cricket. 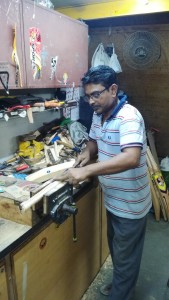 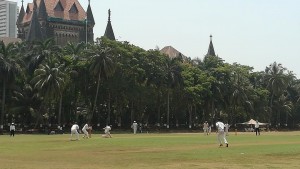 The Maidan, where dreams start.